A question about horn sequences

A question about horn sequences

At some point of another, we've all heard the horn sequence the train crews use when approaching a railroad crossing, Long-Long-Short-Long. Why is it that pattern specifically? Does it mean something?
Top

For the question on why long long short long, per the intertubes:
The Long Long Short Long is the morse code for the letter “Q” Back when the Queen traveled by ship in England, ships with the queen on board would do the LLSL on the horn to announce this to other ships in the harbor to get them out of the way. When the queen switched to traveling by rail, the same signal followed ,and the engineer would do the LLSL coming into the station to allow some space for the Queen. When the US Railroads began, the tradition from England was maintained as the standard signal and it is still used today, over 200 years later!

Per https://www.eugene-or.gov/DocumentCente ... als?bidId=:
Rule Sequence Indication[9]
14 (a) o Applying air brakes while standing.
14 (b) * – – Proceeding. Releasing air brakes.
14 (f) * o o – Acknowledging a flagman's stop signal.
14 (g) * o o Acknowledging any signal not otherwise provided for.
14 (h) * o o o Backing up.
14 (j) o o o o Calling for signals.
14 (l) * – – o –
1. Trains or engines approaching public highway grade crossings shall
sound the horn at least 15 seconds, but no more than 20 seconds before
the lead engine enters the crossing. Trains or engines travelling at speeds
greater than 45 mph shall begin sounding the horn at or about, but not
more than, one-quarter mile (1,320 feet) in advance of the nearest public
crossing. Even if the advance warning provided by the horn will be less
than 15 seconds in duration. This signal is to be prolonged or repeated
until the engine or train occupies the crossing; or, where multiple crossing
are involved, until the last crossing is occupied. 2. Approaching tunnels,
yards, or other points where railroad workers may be at work. 3. Passing
standing trains.
14 (m) * o Approaching passenger station.
14 (o) o – Inspect train for a leak in brake pipe system or for brakes sticking.
14 (p) *
Succession
of sounds Warning to people and/or animals.
14 (q) * – o
When running against the current of traffic: 1. Approaching stations,
curves, or other points where view may be obscured: and 2. Approaching
passenger or freight trains and when passing freight trains.
Webmaster
Railroad photos on Railroadfan.com
Top

Except it wasn't universal.
For example the Santa Fe used 2 longs and 2 shorts.
I saw the "Q" argument but the evidence would support that as being an urban legend.
Top

David Collins wrote: ↑
Tue Nov 01, 2022 1:47 pm
At some point of another, we've all heard the horn sequence the train crews use when approaching a railroad crossing, Long-Long-Short-Long. Why is it that pattern specifically? Does it mean something?

The Queens's signal is romantic but I suspect Morse Q is coincidental. Converting the final tone from short to a long allowing it to carry through the crossing.
Top 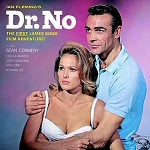 I always used 4 VERY LONGS when going under US131 here in GRR whilst turning engines. Wake all the bums UP!!!!
Brandon WON, Karen LOST.
Top
Post Reply
6 posts • Page 1 of 1