I will be in Holly for part of this next week for a work conference. I won’t have a lot of time for trainwatching but definitely want to take a few minutes to capture the depot in its original environment before it moves and the signals and diamond before they are some day, one day reconfigured. And if a train happens to be going by at the same time, we’ll, how nice!

Is anyone able to summarize the current traffic situation? I searched back through for Holly posts but most of what I found were references to the Holly CN Sub, not necessarily to Holly itself. And I know the Holly south of Pontiac looks different than to the north.

On the LSRC side, one manifest each way to and from Plymouth, and there’s a local turn from Flint, too, right?

On the CN side, at least a pair of manifests, a pair of containers, but are there more? Does any coal run on the CN side right now? Is Holly siding still used for meets?

I’ll be sure to share photos I get and will try to post train report updates when I can!
Top 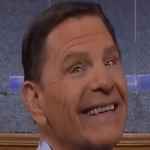