@ Jetlink « Thu 3:06:46 am »
only hiccup was a plane change in Phoenix. I hate changing planes. So much easier to just take the same one out that we flew in.

@ Jetlink « Thu 3:06:06 am »
Had a very un eventful day at work and a very uneventful drive home from Chicago 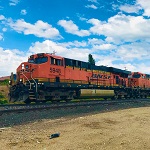 ~Z~ wrote: you are in high school and had a 50 person party? you have some good parents, or they weren’t home.

@ DaveO « Wed 7:40:12 pm »
What’s Wendy’s? Haven’t been back since they did the McDonalds thing and make me pay for cheese which I don’t like and have them leave off. At least the fries are worth an occasional trip to McD’s.

@ David Collins « Wed 7:10:37 pm »
Basically had the big slider doors open out to my deck and some were chillin inside and some were out

AARR wrote: In my prime I don’t think I could have eaten 16 slices of pizza

David Collins wrote: I once threw a party at my place with like 50 people, I bought 5 8 slice square pizzas from jets, this one girl who claimed to be on a pretty strict diet ate two whole boxes

David Collins wrote: I once threw a party at my place with like 50 people, I bought 5 8 slice square pizzas from jets, this one girl who claimed to be on a pretty strict diet ate two whole boxes

Ypsi wrote: I find that the monthly thread for CSX CN etc are too long.. 64 pages is a lot, and can create confusion with quotes etc.

I don’t mind the monthly threads at all. The dates are on the posts, so it’s pretty easy to figure out where you are in the month if you browse through it.

@ David Collins « Wed 5:23:36 pm »
I once threw a party at my place with like 50 people, I bought 5 8 slice square pizzas from jets, this one girl who claimed to be on a pretty strict diet ate two whole boxes

@ SD80MAC « Wed 4:36:10 pm »
this same friend said he was having a party and invited a bunch of people over. He said he would provide food and drinks, alright sounds great. at the end of the night as we’re all getting ready to go, he whips out his phone and starts telling us how much money we owe him based on how much we ate/drank

@ SD80MAC « Wed 4:30:27 pm »
Back when Wendy’s had their 5 for $5 promotion going on, I went to one with a buddy of mine. Apparently somewhere else, he was able to substitute a small chili instead of a small fry or whatever the 5th item was. The girl working the counter said they couldn’t sub a small chili for the 5 for $5 deal, but you could obviously still buy one separately if you wanted. He proceeded to berate her and then was almost screaming at the manager about subbing out this small chili. Manager said sorry, we’re not allowed to do that. I finally told him to quit being a cheap SOB and pay for the darn chili. He wasn’t going to do it. I paid for it, we ate in silence, and ever since then we haven’t spoken much

chick fil a sauce is nasty

Jetlink wrote: Live from chick fil a in El Paso…

SD80MAC wrote: Is anyone else finding the CSX updates thread hard to follow now?

What is it you’re having trouble with?