After stumbling across this while researching the Cumberland Valley Railroad, If you have ever been to Strasburg, Pa...Then you have most likely stumbled upon J tower, this is the tower by the entrance by the road. J Tower was originally Northern Central and CVRR property. NCRR ran from Baltimore to Harrisburg J tower acted as an interlocking between the two railroads, a trolley and possibly the PRR at one time. PRR was the successor too the roads and eventually started trying to cut costs. PRR and PC eventually abandoned the lines across the bridge that was CVRR and NCRR property. J Tower got caught up in this as there was less and less need for it, until there wasn't a junction there at all. The Strasburg Railroad of course had use for an over sized and beaten up tower. J tower was moved to Strasburg where it has sat since. RBMN I believe used the J tower design for their new station in North Reading. 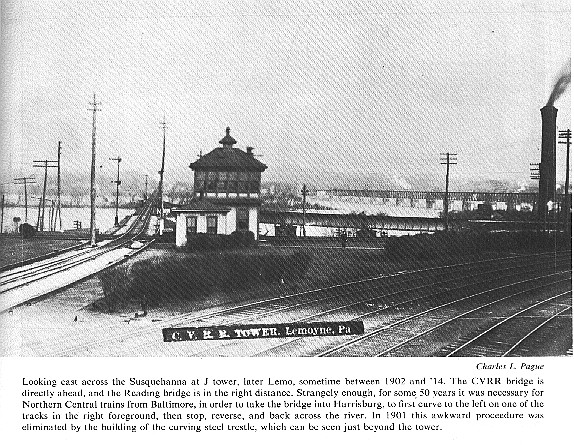 A lot has changed between the first picture and the second one, the bridge was completely redone, and the Track layout was slightly different. Notice all the new vegetation and debris. The Bridge still stands and as weird as it sounds, it was electrified. It stands as a bold reminder of one of Pennsylvania's classics...The CVRR 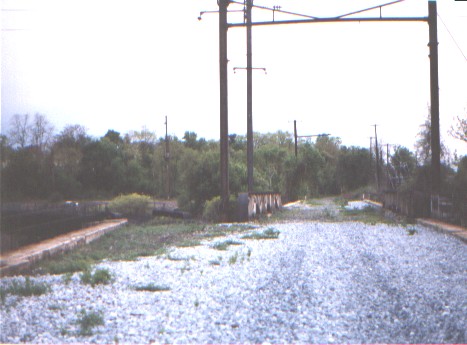 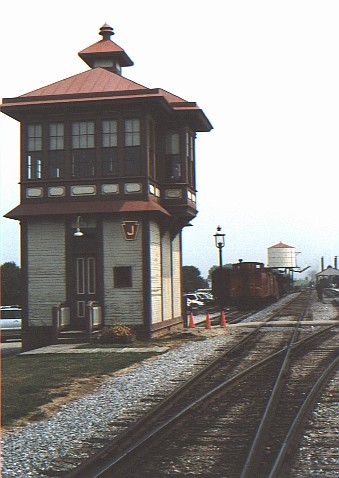 J Tower in Strasburg, closely after getting the (Hint the water tower color)

The NCRR would continue to Enola Yard after going under the bridge. The CVRR Would continue to Winchester in the south and the PRR station on the other side of the bridge along with NCRR (now the Amtrak Keystone Service terminal and Pennsylvanian's "halfway")