Apparently this was the last industrial operation that used a steam locomotive of any kind (in this case a fireless version) until the locomotive was finally retired in 1994. Did anyone witness this locomotive in operation at the plant it worked at during its last years?

Here is the info on the operation from steamlocomotive.com in their "Last of Steam" section of their website:

Also included are many other cases of steam holdouts and unique cases where steam continued long after the steam era was over. I will provide a link for anyone else that cares to read.

Here is a picture of the locomotive from 2001 and 2002. I cannot find anything more recent, but it looks like the locomotive is still in Harbor Beach judging on information from steamlocomotive.com and railroadmichigan.com. 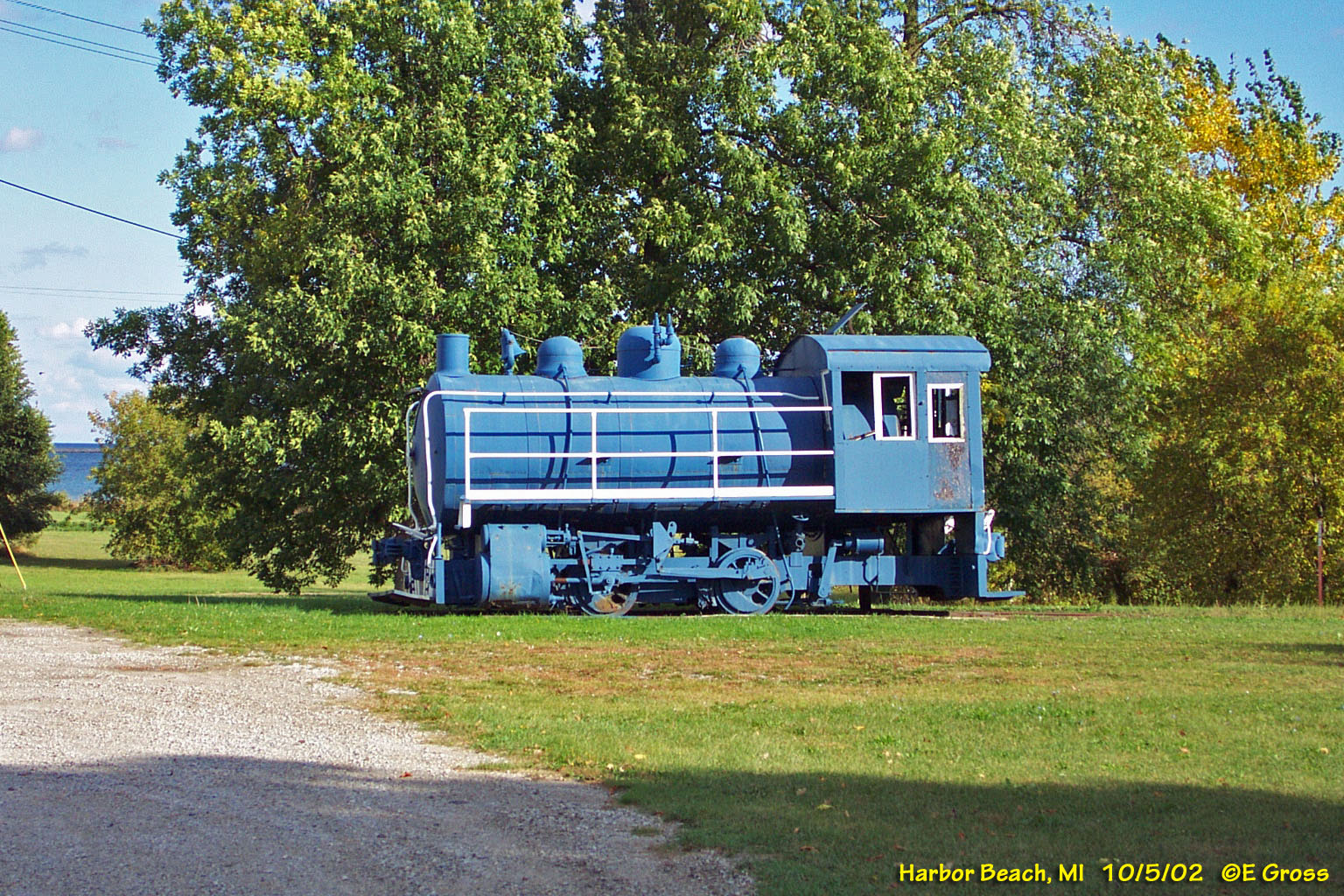 I assume the trackage to the plant is long gone?
"...and I was in the front and Matt grabbed and pulled my ears from behind me and made horsey sounds."
Top

Track to Harbor Beach was abandoned and removed around 1994ish. This was around the time HESR traded in its GP-9's for 38-2's. Apparently the slightly heavier 38-2's damaged the track and there was not enough business to justify repair/upgrading the track.

Racer wrote:I assume the trackage to the plant is long gone?

Here is a photo I took yesterday of the 0-4-0F at Harbor Beach. Sensient Flavors the current owner recently repainted the locomotive and boarded up the cab. They also painted their logo on the pressure vessel and added a history marker on public property. Very nice to see this awesome old locomotive get some much deserved TLC!

On a related note, are there any operable fire-less locomotives anywhere? Obviously you would need a stationary boiler to supply the engine with steam!
Last edited by SD80MAC on Sat Apr 30, 2016 6:23 pm, edited 1 time in total.
"Remember, 4 mph is a couple, 5's a collision!"
http://flickriver.com/photos/conrail680 ... teresting/

The Lake Shore Railway Museum's 0-6-0 Fireless Heisler is the only fireless locomotive that I've known to operate in recent years. The Wanamaker, Kempton and Southern had one too but idk where that one went.
1223 OUT! President and Founder of the Buck Creek Central, the Rolling River Route! (2012-2017) President and Founder of the Lamberton Valley Railroad, The Tin Plate Road! Proudly railfanning with Asperger's since 1996.