I was wondering if anybody out there had any insight on the track layout for the GM plant off of Burlingame in Wyoming when it had service. The track leading into the building from the Acme lead is obvious, but satellite photos appear to show tracks on the east side of the property, including 2 switches still embedded in concrete near the east property line. Any help is appreciated.
Big Easy
Top

I didn't know they went eastward behind the building...
The last they were recieving, before my time on the yard job that went over that-a-way..was cuting tool oil or perhaps quenching oil. Short large diameter tankcars.
I remember seeing a photo of a C&O boxcar leaving the plant but that was a long time ago.
Enjoy Every Sandwich.
Top

Seems like the trackage went into what is now Pinery Park at one time.

The 1960 Kent County Sidwell maps show the C&O owned east quite a ways from the plant. The C&O property ends at the Dietz Add plat which was platted n 1895. I have no idea if the track went east of the GM property.
http://www.historicmapworks.com/Map/US/ ... /Michigan/
Top

So, the C&O owned property, but you don't know if they ever actually had rail down on that property?
Big Easy
Top

pudgy wrote:So, the C&O owned property, but you don't know if they ever actually had rail down on that property?

You'd be surprised how much that happens.
It’s not whether you win or lose, but rather how many pages you add to the rulebook
https://www.flickr.com/photos/94777455@N02

Look at Kent County plat maps as late as 1959 and you will see that the NYC owned land from their GR/Jackson branch at or near 52nd street westward to about Division Ave in what is now Kentwood. A Consumers Energy high tension tower line sits on the property today. This all ties into the GRBelt and also into the NYC wish to get into the GM/Fisher Body plant at 36th that never came to fruition. Throw in the fact that NYC purchased all the Michigan United interurban trackage around GR in the early 30's and you really got something....NYC would have run up the GR/Kalamazoo interurban trackage right in front of my boyhood home in Kelloggsville....Urban Street.
Enjoy Every Sandwich.
Top

pudgy wrote:So, the C&O owned property, but you don't know if they ever actually had rail down on that property?

The 1954 aerials do not show any evidence of track east of the building or anything east of the GM property. Some of it is heavily wooded and I would think there would be some evidence of a roadbed from years past.
Top

FWIW, The GM plant was a war-built facility, beginning manufacturing in 1941/42. GM planned regular visits by a company photographer to record the construction and these photo albums were still in the facility as of 1990. Photos and employee memories record a steam locomotive placed beside the location where the plant's boilers were being installed to act as a stationary boiler and provide steam for building heat and manufacturing processes. In other words, the need was so great that manufacturing was started long before the building was complete.

The tracks were used for a variety of purposes, but normally not related directly to manufacturing; i.e., shipping a finished product. Salt was brought in by rail cars for the boiler water softeners, as well as Bunker 'C' oil for the boiler fuel. (Note: The boilers were dual-fuel - natural gas and Bunker 'C' oil.) The single track through the plant allowed tank cars to supply the tank farm on the east side of the plant. This tank farm supplied lubricating, cutting and machining oils to the manufacturing processes. The scrap metal processing facility was also on the east side of the main plant building and metal machining chips were removed by gondola.

The in-plant track was four feet below floor level and was crossed by two elevated bridges, which had to be lowered to allow the rail traffic to pass, powered by a Trackmobile. A constant curse was that one of the elevators were hit at least once a year when the Trackmobile was unable to stop quickly enough and struck the elevator and it had to be disassembled and its jack screws replaced.

In the late-70's, the east side single track was extended and converted to a double track, then a triple track. The tracks stopped approx. 10 ft. from the property line at Pinery Park. Six box cars were purchased from the C&O (Plymouth Yard) at scrap prices. These cars were used for tooling and small parts storage and were transferred in and out of the plant by Trackmobile.

Well, Diesel Equipment prided itself on being the smallest GMC Division. Then in the 1980s, built a second plant in Coopersville, MI to produce, first the Oldmobile Diesel fuel injection pump, then gasoline fuel injectors. Then came the cutbacks and Diesel Equipment was merged with Rochester Products. Then Rochester Products was merged with AC Spark Plug at the same time that Penske Diesel purchased part of the manufacturing facility and operated it as a separate company, within the same building. The Coopersville plant was closed and the equipment brought back into the Wyoming facility. Then the umbrella of Delphi Corp. took over most of the GMC component plants and employees had to decide which company to retire from, etc., etc. At that time, I left GM and went to work for Teledyne/General Dynamics in Muskegon, MI.

Thats exactly what I was hoping for, Chuck. Thank you for the thorough story on this trackage. This fills in so many blanks.
Big Easy
Top

The part that interests me according to the google view is that the trackage on the east side of the plant doesn't line up with the tracks on the west side. I find it highly doubtful that rails went diagonal through the building, but who knows at this point.
1223 OUT! President and Founder of the Buck Creek Central, the Rolling River Route! (2012-2017) President and Founder of the Lamberton Valley Railroad, The Tin Plate Road! Proudly railfanning with Asperger's since 1996.

Just saw your comment/question. What you may not realize is that there were two road crossings of Burlingame Ave. for C&O to access the GM plant. The switch was located on the west side of Burlingame Ave. When you traveled down Burlingame every day, you certainly knew it because they weren't always maintained as they should be. One crossing was fairly straight and the second one was at an angle.

The north road crossing is the one shown in the Google maps listed in the post above. That spur stopped short of the building and was used only for unloading machinery and salt for the boiler water softeners into underground storage tanks, buried under the asphalt area to the north of the track and south of the grass.

The south road crossing was approx. where the dirt "trail" shows west of the street, with the switch very close to the switch for what was Reynolds Metals. The spur curved south, crossing Burlingame at an angle, the turned back east. It entered the GM building in-line with the track on the east side of the building.

Hope that description helps. I was in charge of plant/facility/environmental engineering at the Wyoming plant before I left in 1988 and went to the Coopersville plant, as I was involved in its construction. Shortly after, I left GM entirely.

Bump bump... I was riding my bike out in Pinery Park yesterday. Was in the area looking around the old ROW along Belfield and the sidewalks that are now there. On the north side of Pinery park, there's a industrial building now owned by Reliance Finishing. On the south side of the building along where the C&O right of way was, there were a number of doors that look like it could have had RR service. I know previous threads say that tracks were never laid east of Cleveland Ave along Belfield St, but perhaps some ran on the north side of Pinery Park just east of the fence of the GM property on Burlingame?
There were a couple guys hanging out near that south side of the building.. next time if it's clear, I'll try to walk back through those woods and get some pics.
Webmaster
Railroad photos on Railroadfan.com
Top

Railroad tracks east of Burlingame were installed by C&O in 1939/40 to service the General Motors Diesel Equipment Division plant. It is my understanding that the tracks extended to near Burlingame from the west to service the aluminum plant, also built for the war effort.

General Motors paid C&O to extend the tracks. A single track stopped on the west side of the manufacturing building to service the boiler room with Bunker-C fuel oil and salt for the water softeners. A second track crossed Burlingame and went across the GM property, to the east side and ended in line with the tank farm. This track was to service the tank farm area with lubricating and cutting oils. As the manufacturing building was expanded, the building engulfed the railroad tracks.

I personally wrote the purchase order to extend the tracks, with turnouts, so that we had room to store spare tooling in six box cars purchased from C&O, in approx. 1977. This trackage extended to about 20' from the east General Motors property line. The box cars were moved by a trackmobile for loading and unloading within the manufacturing plant.

At no time did actual rails extend beyond the General Motors property line. Hope this helps.

Thank you; that does clear it up. If they didn't go past the GM property line, all is set. Here's a few pics I took of that Reliance building just to the east of the GM property. Perhaps the raised platform was used for forklifts to get around the building. 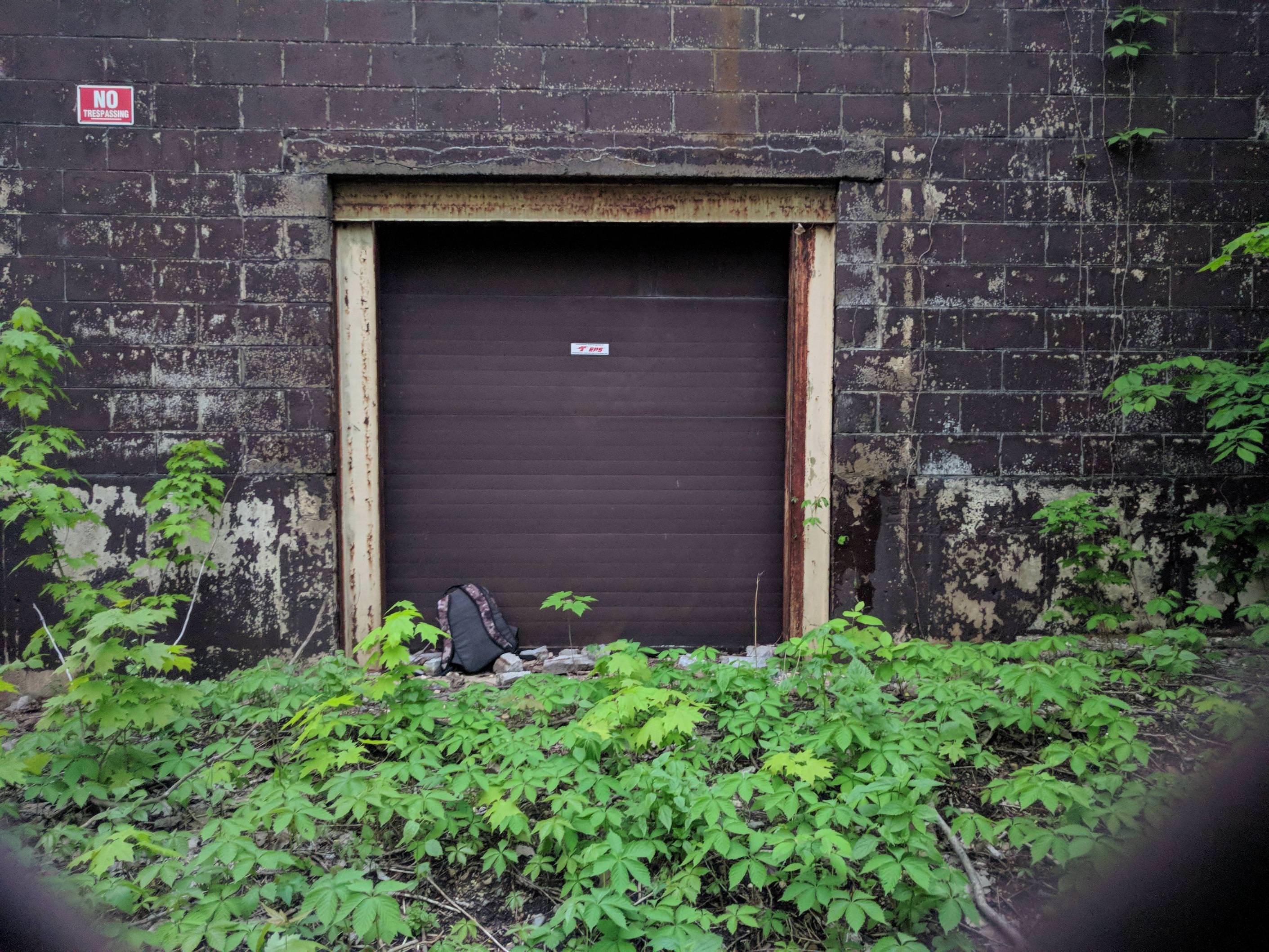 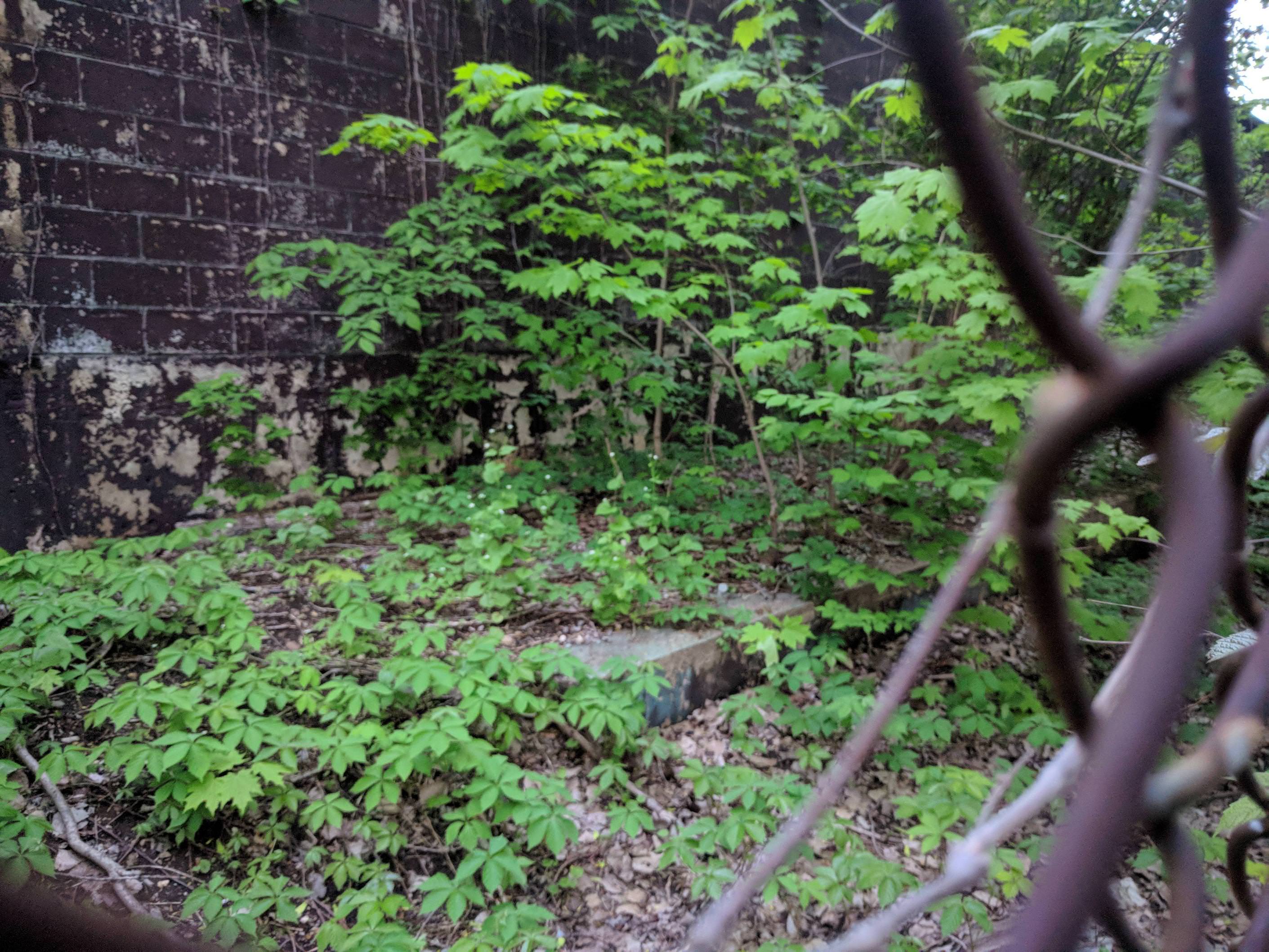 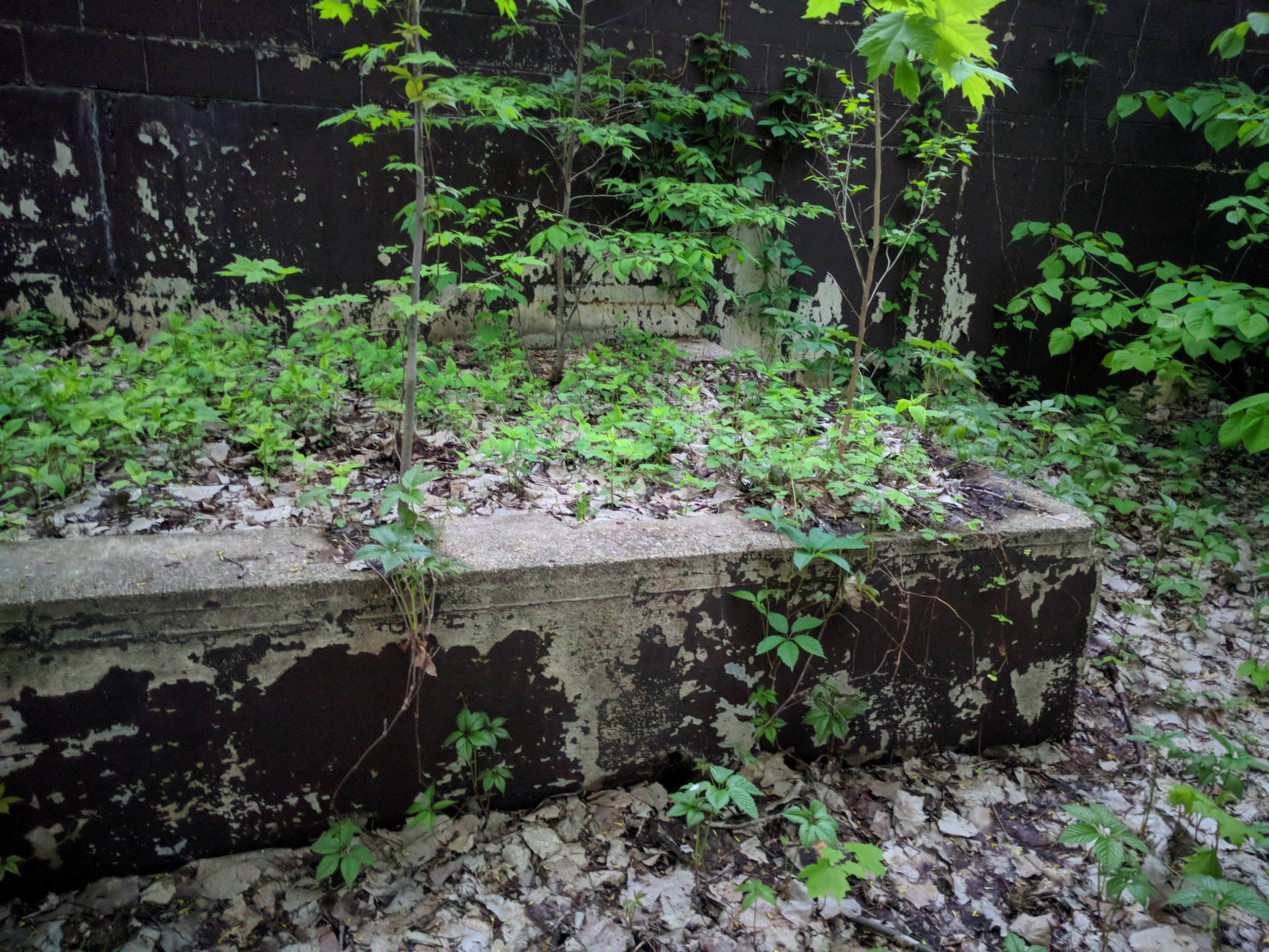 Does anyone have a track diagram for Reynolds Metal? I can't image it is much different with what is still on the ground around the plant. Thanks for your help.
Top
Post Reply
16 posts • Page 1 of 1