How many CSX Cabooses are left in Chessie System paint? I saw one of them in Cordele, GA about a week ago. It didnt even have CSX reporting marks, but it was clearly in service as it was coupled to a CSX Geep and a woodchip hopper.
Baxter Barnes. 21. Alabama.
Meow. Now you know how to speak cat. -Flickr

There are at least 2 or 3 floating around Wyoming Yard and at least 1 in pretty consistant use around Waverly Yard [Holland, MI]
Thornapple River Rail Series - YouTube
Safety today is your investment for tomorrow
Top

I know this might be just a bit off topic but in the late 1970's the Traverse City run always had a "wide-vision" caboose still in full C&O paint. We used to camp at "Healy Lake"( just north of Kaleva), every year back then. It was really neat. Train went right by the campground. Usually GP-9's or 35's. I think the '38's were too heavy for that subdivision. Although I don't know why. That track there was pretty solid! Cinder ballast could have been the deciding factor?

My CSX timetable from 1987 lists all of the lesser used lines in Michigan, and most them did not allow anything bigger than a GP35. Guess they changed the rules when they retired them all, eh? The Hamilton branch wasn't cleared for GP38s back then but they use them now, and that track hasn't gotten any better over the years

IIRC there's a Chessie caboose or two floating around the ex-PH&D line. Caboose 900054 (wide cupola) was here (Port Huron area) about five years ago (June 2007). It may or may not still be here. There was also a bay window caboose that was hanging around. I don't have a number for it (can't find a picture of it on my hard drive

When the Chessie Chapter website/newsletter was still going strong, we kept a roster of cabooses on CSX lines still in service in Michigan. All of the ones below are in the Chessie scheme unless otherwise marked. The roster looked something like this in and just prior to 2005:

Some of the other ones from the 2005 list have been reported at various places since then, but I haven't seen any recent reports. Obviously cabs from Saginaw and Muskegon have gone elsewhere or been scrapped. Until the late 90s, Saginaw was the home base for one of the very last C&O "Grand Rapids" style ACF cupula-center cabooses, from the 40s.

MAYBE we can use this thread as a sort of update report as people see things in their local areas? I admit I'm curious, too. Check out the Chessie Chapter caboose album HERE: http://chessiechapter.multiply.com/phot ... ose-Photos
Top

I know there is at least still one Chessie bay window and 1 or 2 widevisions in Grand Rapids. The service track job has been using an Operation Lifesaver baywindow recently, though.
"Remember, 4 mph is a couple, 5's a collision!"
http://flickriver.com/photos/conrail680 ... teresting/

The 904044 bay window B&O / Chessie caboose is still in Lincoln Yard in Wixom, though it's in rough shape. It has broken windows and some poorly-done graffiti on it.
Top

There's a couple different wide vision cabs in Chessie paint used as shoving platforms here in Toledo. Grafitti artists and vandals have done their work though - and they look like absolute crap.
Top

The Chessie system 904044 is still in Wixom yard as of July 10th 2018, however, it has suffered a fire and is totally destroyed
Does anyone know anything more about this caboose? 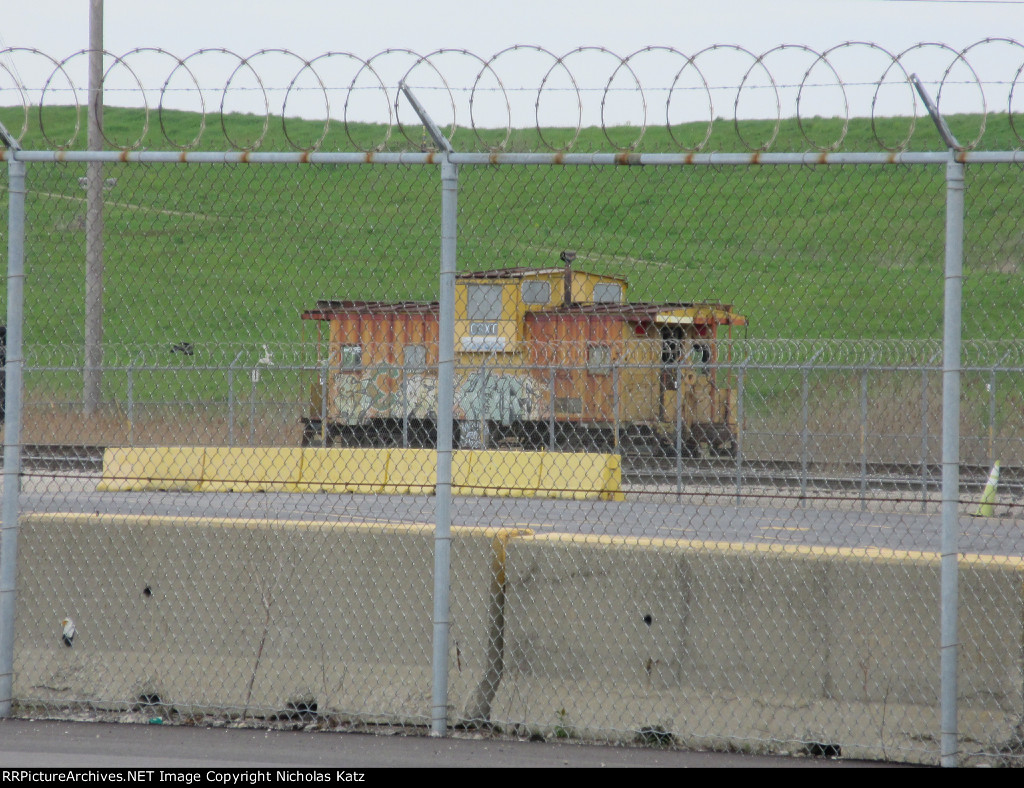 903161 has been donated to Toledo Lake Erie & Western. Still in Chessie paint, which will be restored.
Top
Post Reply
14 posts • Page 1 of 1