That joke of a "based on true events" movie is scheduled to run on FX Wed night at 8pm. I didn't like the movie because of its poor representation of safety and common sense in the railroad industry as a whole. Plus too many impossible physics to make the fictional story enjoyable. Would have been better if the movie was about a run away down Cajon or Sandpatch, or whatever.
Big Easy
Top 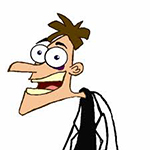 The movie was great, it was a movie, don't take it seriously.

Yeah, I thought it was good. It's probably the best train movie we'll ever get. If you want a really bad train movie, watch Atomic Train.
"Remember, 4 mph is a couple, 5's a collision!"
http://flickriver.com/photos/conrail680 ... teresting/

I liked it. I can put aside the unrealisms (yeah I know that's not a word) and be entertained, and I was.
Top

Superhero movies start out with the known fact that its all fantasy. This was based on a true event, and paints a real industry as really unsafe with no intention of avoiding those depicted events. I understand the real event wasn't exactly spectacular enough to make a movie without some embellishing...but the physics played out were just to fantastical for me. They lost me somewhere between "we get run aways all the time" and "its a million ton missile"...I actually thought atomic train wasn't too bad, aside from the obvious air hose being disconnected before the departure. And the "electrical problem" that was keeping the brakes from functioning. And that it was a 10 car train with 2 6 axles for power...plenty of independent brake for the situation...
I agree, Hollywood may never create a good railroad movie...
Big Easy
Top

The only part I thought was ridiculous was the train tipping on the rails as it went around the curve. They could have easily done without that silliness.
Top

How the throttles magically fell and when they used the 2 engines to attempt to slow the train and have someone drop from a helicopter when they could have had someone walk into the 777 from the light engines. But its just a movie.
Top

I wonder if solders, doctors, detectives, cops, and court lawyers complain about how TV shows and movies misrepresent their industries, and believe me, if you think Unstoppable was a bad one...

This is not a documentary. They did not "screw up" on facts or how things work, it is intentional. If they kept everything totally accurate the theaters would of had a dozen railfans wetting themselves if the front row and that's it. It is entertainment, it's made to be entertaining to the general public, not a presentation for slide night at the RR club.
http://www.youtube.com/user/LenaweeRailroads/featured

I know the end of the story
Top

Only we railfans and those involved in the real incident thought it was interesting. Everyone else thought it was just another news story. The real story wasn't interesting enough to justify making a movie. Again get past railfans and those involved and I doubt you would find anyone interested in making anything but a barebones (i.e. cheap) documentary on it. You can't make a major movie these days without embellishing the facts to make it interesting. Watch an older movie from before say 1970 and then pick anything released this year. Actors actually had to act back then..... One of my closest friend's father was a tv writer. Bruce started in the 1950s and finished with the Dukes of Hazard in mid '80s. They had to dumb down shows and movies because half the audience isn't smart enough to pay attention to it if you don't. Reality doesn't make interesting tv or movies.
Top

pudgy wrote:.........This was based on a true event, and paints a real industry as really unsafe with no intention of avoiding those depicted events......

Exactly, based. Many movies are "based" on a true story, yet practically none of them will ever follow what happened in the real event. Had Unstoppable been exactly what happened with CSX 8888, it would've been a rather boring (maybe) hour long movie, and certainly a money loser.

How the throttles magically fell

I'd venture to guess that it's a whole lot easier (and less time consuming) to explain to a hollywood audience that the throttle jumped than to try and explain how train brakes work.

And in case anyone is in need of a laugh, the full Atomic Train movie can be viewed on Youtube in eleven parts.

Found this "behind the scenes" video for the movie Unstoppable. Pretty interesting to watch: https://www.youtube.com/watch?v=DXePDmd-LUo

Behind The Scenes Of 'Unstoppable' Mini Doc

YouTube video about the making of the movie 'Unstoppable'.
Features interviews with the lead actors, camera coordinators, directors, producers, and railroad officials. A total of 11 different locomotives were leased or purchased for this movie.
Run time is 29;41 and the date uploaded was 6/13/19
https://www.youtube.com/watch?v=DXePDmd-LUo
Top

That pretty well explains why movies have multi million dollar budgets. Very interesting. Thanks for sharing!

Box Office 167.8 million!
"Ask your doctor if medical advice from a TV commercial is right for you".
Top

We need a railroad-themed movie that tells kids they'll die if they spray-paint freight cars.
Top

Unstoppable? If there was truth in advertising, they would have called that movie "Unwatchable"! I did actually watch that entire movie (once only) on TV, just to see if would ever get better. It never did get better, and indeed, it got worse as it went along.

Garry K wrote:Unstoppable? If there was truth in advertising, they would have called that movie "Unwatchable"! I did actually watch that entire movie (once only) on TV, just to see if would ever get better. It never did get better, and indeed, it got worse as it went along.

Thanks for posting this, Z! I enjoyed seeing different angles of the filming locations, many of which are signature photo locations on the WNYP.
Top
Post Reply
20 posts • Page 1 of 1