After posting trip report for the 26th last night I heard the Rail America train here so I headed up to the station to see him.
This train handles all the traffic out of the refinery at Nanticoke, plus gons of scrap etc out of the Stelco steel mill and finally the NYDX covered hoppers of fly ash out the coal fired hydro generating plant at Nanticoke.
Along the way to Brantford he also handles traffic from Canadian Gypsum, a wallboard plant, Golden Cat, which gets in lots of kitty litter, Slack Lumber which naturally gets bulheads and boxcars of lumber.

SOR #597/596 usually runs at night arriving here on his run north and west somewhere between midnight and 2am. Once in awhile do to power problems or weather, especially in winter, the train does show up in daylight. But 95% of the time it's at night.

Tonight he was actually a bit early having arrived just after 23:00
I missed him coming in so I didn't get a car count although I saw he had backed flyash hoppers into the yard off the tail end of his train.
He was in the process of setting out the tank cars. Eastbound traffic in one track and westbound in another.

Then he came down to the east end of the yard to start building his train.
While quadrupling his train 397 went by.

Once 596 got his train together, which he has to build by pulling out onto the north main track (the yard lead only holds about a dozen cars), he pulls east of the signal at Brantford then backs the train clear of the eastward facing signal to clear the crossovers he needs to use to cross to the south track for the short trip to the Jct at Simpson where he gets onto the Hagersville Sub for his run to Garnet Yard near Nanticoke.

The shots I'm posting are while he's sitting waiting for a CN Eastbound to go by so he can get the route through the crossovers.
All photos were taken using the natural light with no flash. Just let the camera do its thing with built in time exposure.
00:40
SOR #596 has built his train and backed clear of the eastward signal plant. 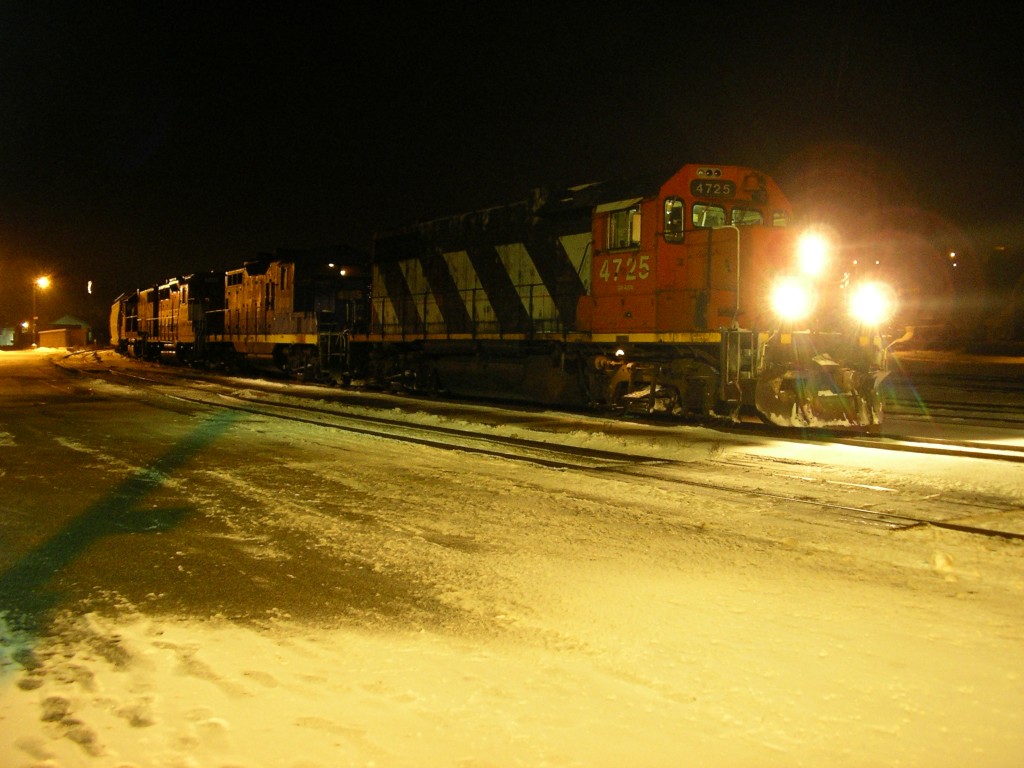 The 2 CN GP38-2's are on short term lease due to some of SOR's power being down for repairs. They borrow CN power quite frequently. 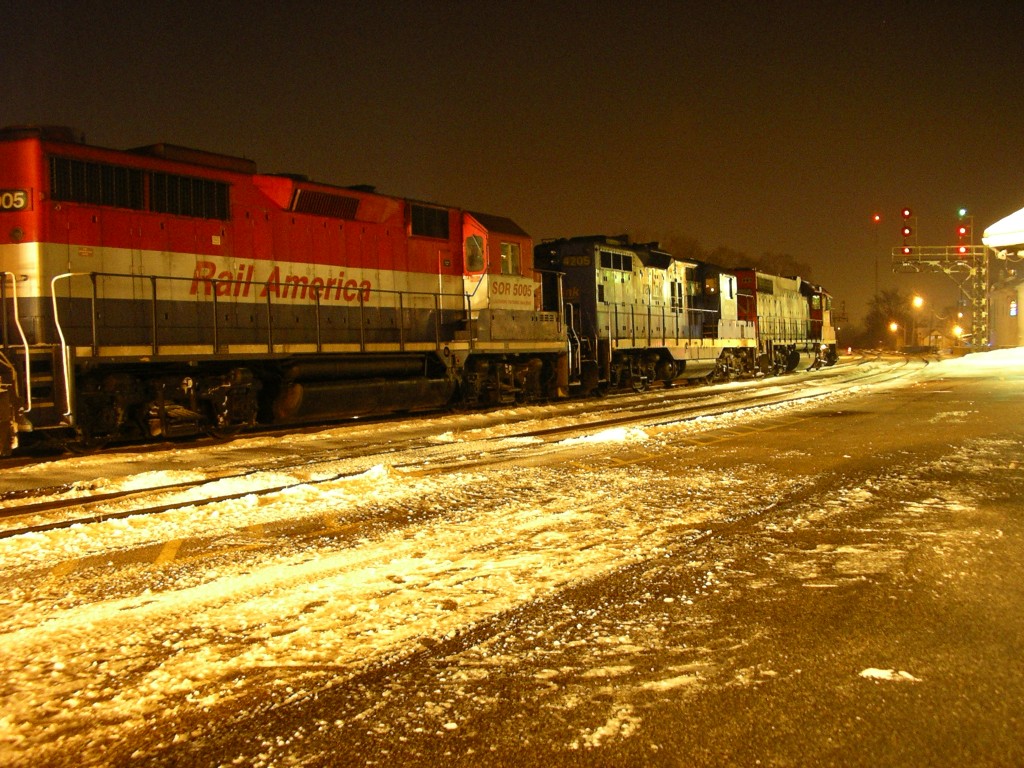 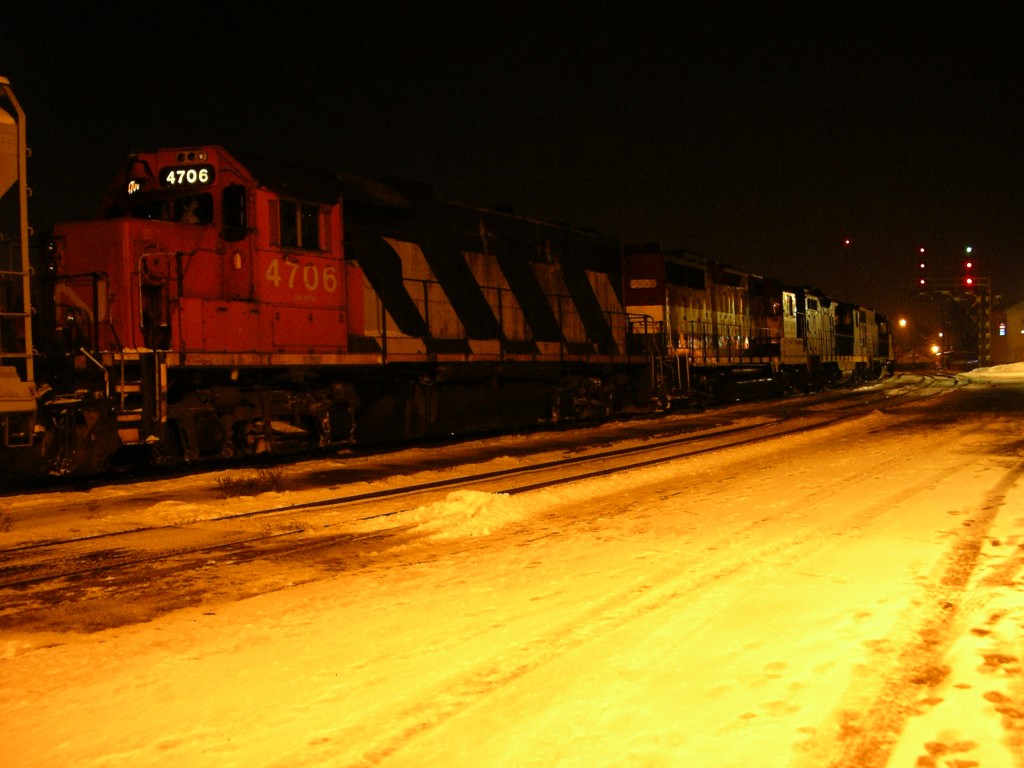