by Scooterb
Head down to Butler after work in hopes of catching 29T in the Sun.
Well I get 29T but in the clouds.
Click on thumbs for full size.
First up NS 26N East of Butler 4:25 p.m. Indiana time

I run over to the Chicago Line to get him entering

Bonus points for the second unit on 29T 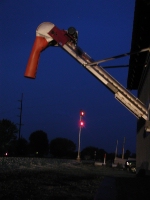 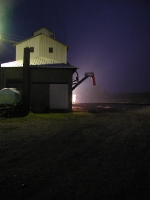 Thats all hope all enjoy
Scooterb
by RailCanon
Nice series Scott!
The first two locomotives on 29T (5913 and 9014) came back east on CSX With Train X544 (I think) on the 28th. Here they are racing through Williamston, Michigan:

by ~Z~
enjoyed the series scott...and nice attempt with B&W GP40
by RailCanon
It was originally in color, and a lot bigger than it is now, but it had some HORRIBLE lense flare to it. I cropped some of it out, but there is still some flare that I can't remove. I turned it into a Black-White photo in an attempt to try and hide the flare, but you can still see it if you look closely.

I do like BW though. Sometimes I'll have a picture which nothing is wrong with, and I'll convert it to BW anyway, just because it looks better, and sometimes I just set the camera to BW.
All times are UTC-04:00
Page 1 of 1