by ~Z~
Well, seems like the monthly update from the admin, right? Anyway, got some time off to head out and see some trains. Left work at 6pm (thanks Charter for the mandatory overtime) and headed south to Wyoming Yard. Had the scanner on the roof and was on my way. As i was headed along Chicago Drive, heard that CP X503 was leaving to head west. Slowed down and turned at Ivanrest. Got my camera gear ready (already had a low battery) and parked it at Ivanrest. 10 minutes later, X503 comes around the corner slowly under the I-196 off ramp and into view. Here it is heading west near Ivanrest, with a matched pair of Sooline units (6017 and 6041) around 6:35pm. 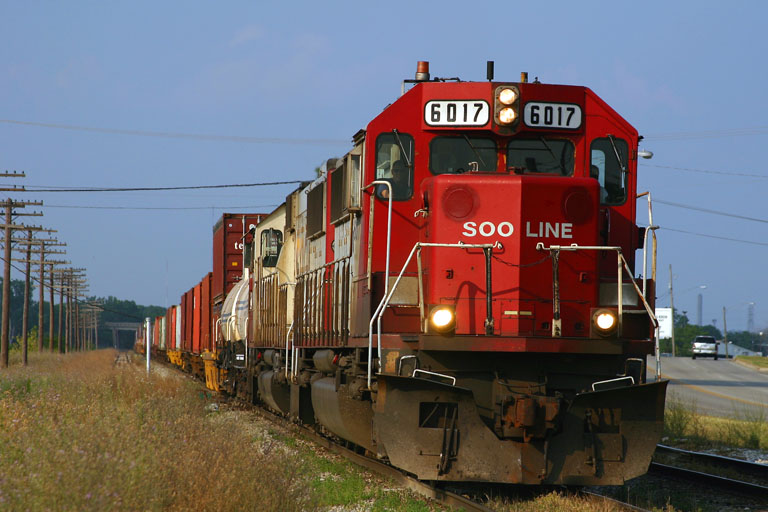 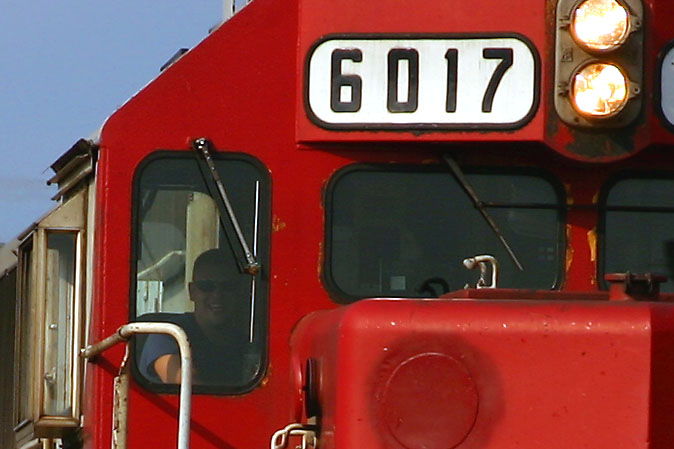 by ~Z~
Left Ivanrest, stopped for some gas at Mobil(cheapest I saw all day). Nothing going on at the west end since Doktor is still gone. As i was pulling into Judd, hear the dispatcher mention that NS can run around the scrap yard, over to old 17, and back to Hugart. Well, off i head to Oakland Ave, which deadends near the tracks around Godfrey Ave. While waiting for NS to show up, i hear CSX Q327 clearing division. Good! we have another train. Hear is CSX Q327 rounding the corner at Oakland Ave. 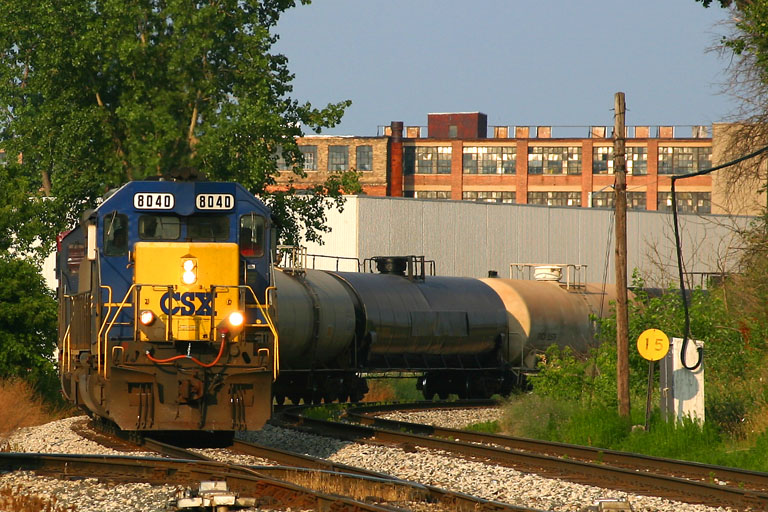 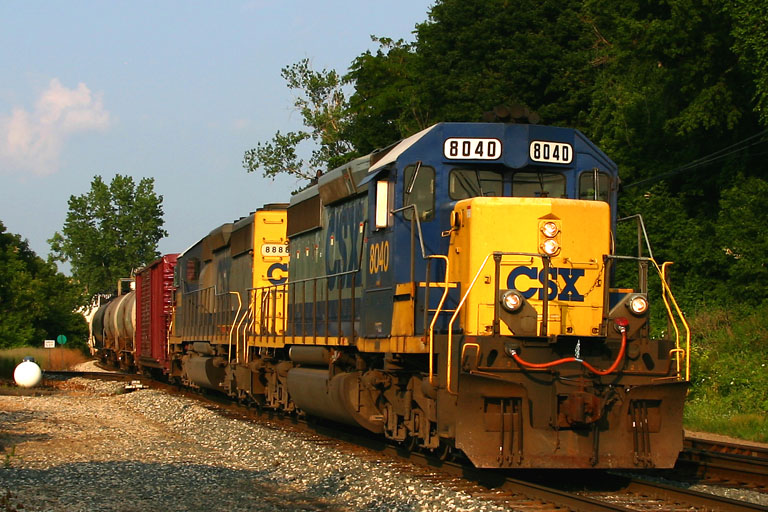 by ~Z~
After CSX Q327 headed by, i headed out to find that NS local. Well, drove around the scrap yard area, no sight... oh well, back to Judd St. Saw some of the regulars there, Brad was around too. A local headed out with a Chessie caboose on the rear, with D704 following closely behind. I headed out of there, and up to Seward Ave near Leonard. Here's D704 with UP 4204 and CSX 9031 leading about 25 cars northbound at 8:05pm 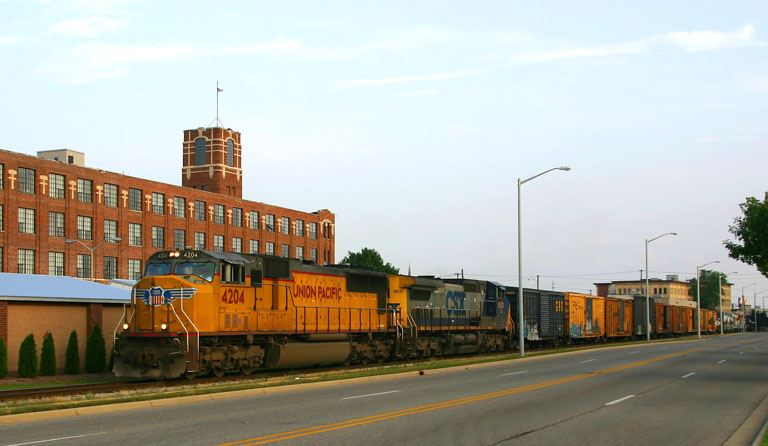 by ~Z~
Got ahead of the train, across Leonard, and onto US-131. Tried to take some pictures at Lamoreaux Dr in Comstock Park. photo location didn't work out, tried to get ahead of it near 8 mile, didn't work out. Ended up getting a grab shot of it at Alpine Dr near 12 mile. This was the end of the chase. Surprised just how much faster they can run up here, and looked like the crew was having a good time. This is all! 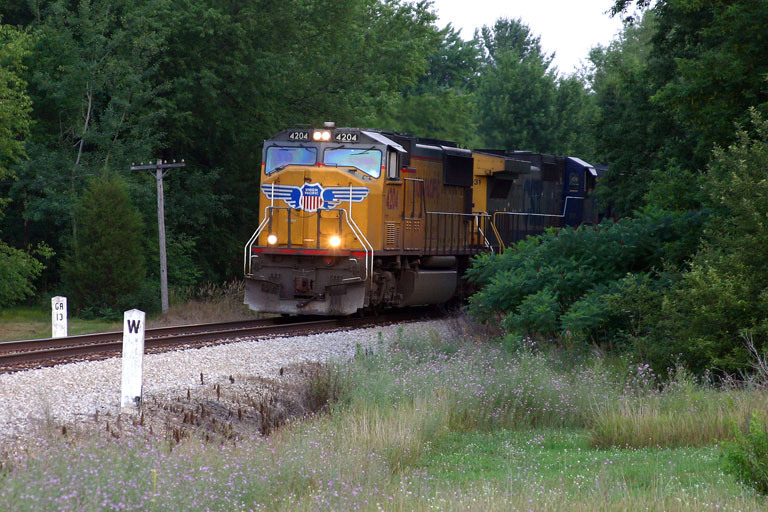 that milepost and whistle post were complete luck. This was just a "jump out of the car, turn head and camera, take picture"...didn't even notice the posts until i got hom. umm..sources say it's 15mph, but it's probably 15" too