Now, here in the new year of 2016, the Carolina Southern Railroad operates close to 12,000 miles of trackage, and has terminals in Kansas City and St. Louis, MO, Louisville, KY, Nashville and Memphis, TN, Mobile, AL, Atlanta, GA, Jacksonville, FL, Wilmington, NC, Norfolk and Richmond, VA, and shared terminals and trackage with the NLR in Washington DC and Baltimore, MD. The Carolina southern also interchanges with the Maryland & Northern in Washington DC, at the M&N's Alexandria Yard. The main Carolina Southern Terminal is based out of Greensboro, NC, with Linwood Yard and a rather enlarged Pomona Yard being the two largest rail yards on the system. The Piedmont Locomotive Works is based out of the old A&Y yard in downtown Greensboro, NC, right across from the old Southern Railway depot. Amtrak still runs trains, but on a tighter schedule because of the increased freight traffic on the CS mainlines. Most trackage owned now is EX-CSX and EX-NS trackage, with some EX-SR trackage restored.

Paint scheme: The main paint scheme of the Carolina Southern is a maroon background, with a NYC-style Gold and Black lightning stripe. The underside of the frame is black, with gold reflective tape on the sill stripes, and a lighter black on the steps. Dark black is also use for the handrail mounts on the locomotives. Road numbers are placed on the bottom half of the cab.

PLW: As stated, is based out of the old A&Y yard, which was torn up and rebuilt, for the rebuilding and repairing of locomotives and rolling stock. The PLW also has access to the depot, having the bus lot behind the station replaced with a project center for building new locomotives.

Northwestern Railroad: Still operates up in the Blue Ridge Mountains, connecting to the CS at Lexington, KY, Chattanooga and Nashville, TN, and Asheville and Boone, NC. The NWRR handles coal trains that come down to the CS from the mountains, and also handles small freight trains serving industries in the mountains.

MOW Work: Each work train on the Carolina Southern has a 250-ton Crane & Boomcar, 10 gondolas for ties, 12 ballast hoppers, 10-15 flatcars for MOW equipment, 1-2 tool cars, and dormitory camp cars for the MOW crews to sleep in when they're out on the road.

OCS: The Carolina Southern runs two separate OCS trains, one 12-car set powered with two F7Au's and an F7Bu. Another 20-car train is powered by an A-B-A set of E9's.

Steam & Excursions: As of right now, FEF-3 634 and H-1B 1996 are under rebuild as mandated by the FRA. Hopefully many more steam locomotives will come in the future, including an NW A-Class, Y6b, and a Southern Railway 2-10-4.

There is a slight possibility of having 1218 fired up again, should the funding for it get approved, as well as having the 611 guest star on our mainlines for excursions again. 4501, 630, and 765 may do their own excursions along with the CS as well.

Steam may come in the future for freight service as well, with many modern Y6b's and A-Class's, as well as 2-10-4's and other 8-driver steam locomotives. Nothing solid yet, but there is a possibility.

Any comments/questions/concerns, PM me.
Last edited by CarolinaSouthern on Thu Feb 25, 2016 9:23 am, edited 2 times in total.
Carolina Southern - Home of The Carolina Road
Top

The engine facilities and yard in Kansas City will be expanded to accommodate more traffic. A new interchange point in KC has been established with the Colorado Rail Link there, and thru trains from both roads will run.
Carolina Southern - Home of The Carolina Road
Top 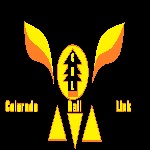 As the CS has said, We have established a Run Through Agreement to run trains on both of our systems. The CRL has the pleasure of running trains to the East Coast Now and the CS has the pleasure of Running Trains West of Kansas City. Way west. Were talking they can run trains to Oroville California where the CRL Interchanges with the UP. Speaking of Run Throughs, Official Photographers captured the first run through train to the CS. This train was led by to Soon To Be CRL B36-7's, 3 CRL SD40-2's and 5 Soon To Be CRL GP30's, The latter for Yard and Interchange servicing at Kansas city:

The Head End of CRL Train MCRMB-1, Mixed Frieght from Castle Rock Colorado to Mobile Alabama,is seen passing the Monument Depot. In the background is the rear end of the CRL's Flagship Passenger Train, The Colorado Rambler.

At the other end of the platform, We see the rear of the MCRMB and get a glimpse at the CRL power for the Rambler and on the Engine Ready Tracks. Some pictures of the locos on the active roster.

"Look Ahead; The Carolina Southern serves the South".

Updated map of the Carolina Southern Railroad, including the interchange with the New Luna Republic Railroad, and their system as well.