News or chat about railroad info that pertains to the entire United States, another state, or country.
Post Reply
First unread post • 4 posts • Page 1 of 1

The death toll following the derailment of a train in India's northern Uttar Pradesh state has reached at least 115, with more than 150 injured, police say.

Fourteen carriages of the Indore-Patna Express derailed just after 03:00 local time on Sunday (21:30 GMT Saturday) near the city of Kanpur.

Rescuers are still trying to reach the injured and recover the dead from the twisted carriages.

The cause of the crash near the village of Pukhrayan is not yet known.

However, the Times of India quoted sources as saying a fracture in the track could have been to blame.

The death toll has been rising steadily all day and is expected to increase further. [...]

There is more text, and pictures, at the link. At the main page, there is a (probably unrelated) picture of passengers riding on top of the passenger cars. Seeing as how the trains in India always seem to be overcrowded, that probably contributed to the high number of deaths.

Pukhrayan, India — The death toll from India’s worst train accident in years rose to 146 on Monday after rescuers used cranes to lift the last of the twisted metal wreckage to check for bodies underneath.

About 2,000 workers were clearing the tracks and checking for damage to the rail line in hopes of resuming traffic through one of India’s busiest railway junctions by Monday evening, railway official Amit Kumar said. The government called for an investigation into what caused the accident, promising to punish anyone found responsible.

The passenger train was about midway through a 27-hour journey between the cities of Indore and Patna when it slid off the tracks at 3:10 a.m. Sunday. The impact was so strong that one of the coaches landed atop another, crushing the one below. Passengers were flung from their beds.

“I heard a loud noise,” passenger Satish Mishra said. “The train then sped up, and all the coaches derailed.”

Rescue workers, soldiers and members of India’s disaster management force pulled out people trapped inside the twisted metal and overturned coaches near Pukhrayan, a village outside Kanpur about 250 miles southeast of New Delhi.

They used cutting torches to pry open cars and cranes to lift coaches from the tracks, moving carefully to avoid injuring those trapped inside. By Monday afternoon, they had lifted the last of the 14 wrecked cars from the tracks, finding no more bodies beneath.

The accident killed at least 146, according to state official Debasish Panda. Doctors said 116 of the victims had been identified.

Roughly 226 people were hurt, including 76 with serious injuries, according to local police Inspector General Zaki Ahmad. Medical teams provided first aid near the site, while those in more serious condition were moved to hospitals.

According to a government report in 2012, about 15,000 people are killed every year in train accidents. The worst occurred in 1981, when a train fell into the Baghmati River in northern India, killing nearly 800 people.

Prime Minister Narendra Modi — who tweeted that he was “anguished beyond words” by Sunday’s accident — pledged last year to invest $137 billion over the next five years to modernize India’s railway network, which is used by about 23 million passengers a day.

That "15,000 people killed (in India?) every year in train accidents" seems awful high, doesn't it?

It seems high but they have few safety regulations and a lot of people so it may be accurate
PatC created a monster, 'cause nobody wants to see Don Simon no more they want AARR I'm chopped liver, well if you want AARR this is what I'll give ya, bad humor mixed with irrelevant info that'll make you roll your eyes quicker than a ~Z~ banhammer...
Top

AARR wrote:It seems high but they have few safety regulations and a lot of people so it may be accurate 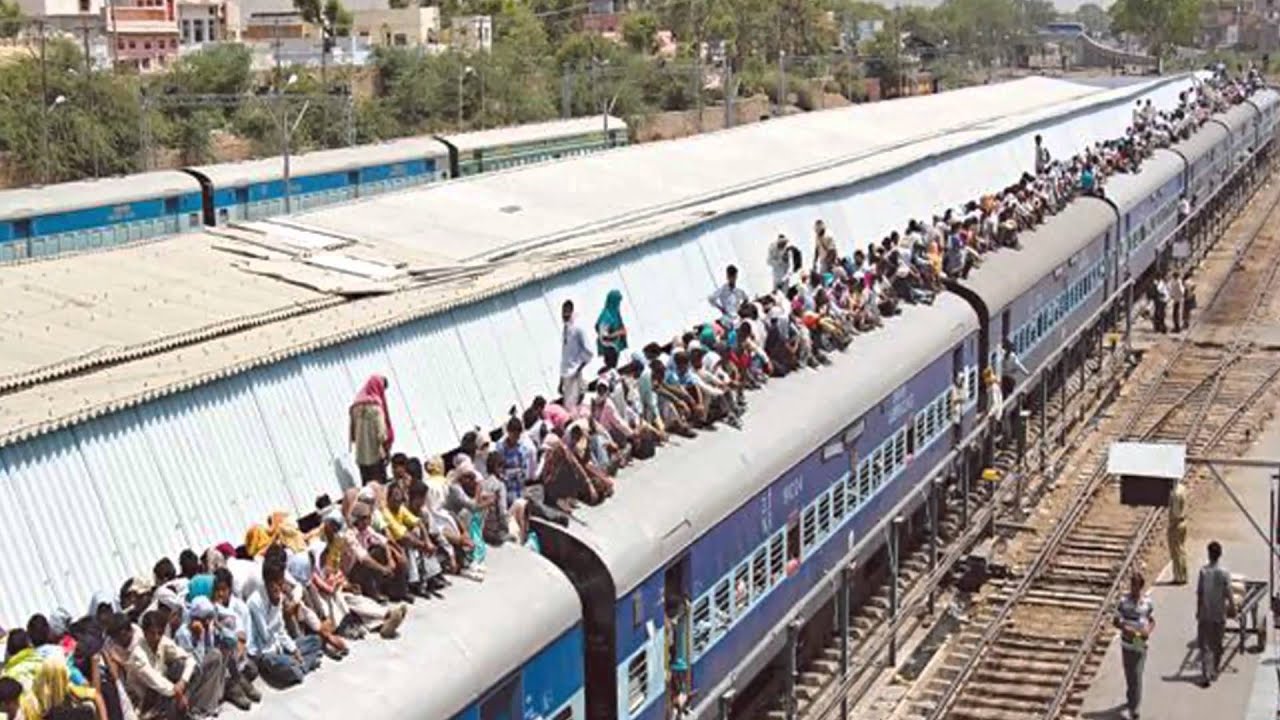